One of the things I enjoy the most about being involved with Spurs News is the people I get to interact with.  Fellow Tottenham fans connected via Facebook, Twitter, Instagram, now TikTok… and our podcast… this website…. from around the whole world.  I have spoken with fellow fans from Austrlia, South Africa, South Korea, America, Scandinavia and many more places.

Some of these people have ties back to Tottenham be it family moved abroad and were all Tottenham fans so therefore the link exists but the stories that always fascinate me are the people who chose Spurs. I am talking about the US fan who has only followed the Premier League for a year or two but despite seeing Man City and/or Liverpool dominate they picked Tottenham.  You might think a fan from South Korea chose Tottenham simply because of Sonny… and well you are right, literally every South Korean fan we have I think walk when he goes, just saying Mr Levy…. best find out who the next big thing in South Korean football is and line up the deal of that market is going to be CLOSED to you sooner or later! 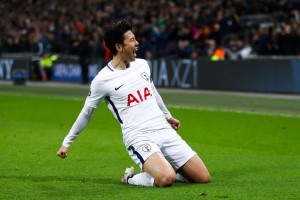 From most countries though the reasons are as diverse as the people themselves and I love that.  One example is a gentleman in New York, USA who has followed Tottenham since the Champions League semi final against Ajax.  He was not that into soccer but was in a sport bar when that game was on and was gripped.  Sport can do that, it can grab you even when you think you are not interested or have zero knowledge even on the sport in question (see me every winter Olympics when suddenly I am a Curling expert… SWEEP YOU LAZY.. anyway I digress).

The reason I enjoy these interactions is because I get to share the joy with them of seeing things for the first time.  They have witnessed us having Harry Kane and no none of the pain of when a player like that leaves.  They have watched us win more games than we lose, even now in our poorest season in a decade for points in the league we finished about Arsenal (Ha had to get that in) and so to the new fan, that is just how it is, the norm.

The optimism and energy from that freshness is brilliant and I would encourage any and all fans to speak to fans from around the world when you get chance.  What is funny to me is that many wont as they call them plastic or not real fans.  Which brings me to my next point…..

One of things I like the least about being involved with Spurs News is the people.  Sadly on the internet people forget their manners and I am not talking about heat of the moment rants, I am not immune to that when West Ham score three in less than ten minutes to draw a game we were cruising etc but I am talking about just nasty targeted abuse… and why? …. because you do not like what is going on. 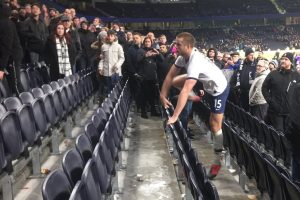 I do a weekly podcast and get abuse for my opinions each week….. we post new stories about the club and get abuse for posting negative stories, even though that is the news… Harry Kane wants to leave, post stories about that from the press and get hated – even as far as someone messaging my personal FB a threat.. I mean really?  be angry at the club, at the situation and about the problems but attack us or any fellow fan is madness to me.

Do I think people would say what they say to me in person… maybe… but probably not…. however why say these things at all; we are all literally going through the same pain – we are all Tottenham fans and we are wanting something good to come out of this past 12 months of rubbish.  Now should be the time for a group hug not turning on each other.

You are pro Levy, okay fine by me…. we can debate merits, pros and cons…. you want us to appoint Conte, no problem, I get it, I have concerns as feels like Jose II but I am more than willing to go with it…. so much stuff for us to discuss when it comes to Tottenham and none of us are going to agree all of the time but a word that is used often but not really taken on board I think is respect.  Respect each other.  We may not always agree but lets all just try and respect each other and recognise we are going through the same pain wearing the same lillywhite shirt. 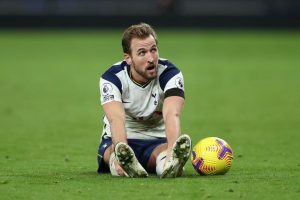 So no matter what the future brings with a new manager, Harry, players coming, players going… just remember we post the news that is there and its not our fault – respect each other – group hugs not hate!