We were one result away from actually having a very good start to the season.  In the opening four games we had two home games against relegation tipped sides and two away games against the top six.  It would not have been unreasonable to look at that knowing our slow starters and think … six points out of twelve likely.  We took five but not in the way any of us would have likely expected.

A win over a resolute and stubborn Aston Villa side seemed a good result and the two away draws against the scum and Man City in the context of the whole season I believe are going to be good points – however as I said on our podcast picking up those two points mean nothing when you drop all three points at home to a team like Newcastle.

It seems to be the one truly remaining Spursy thing that Mauricio Pochettino and his team have been unable to shake off and that is our ability to say beat Barcelona on a Wednesday away but then on the following Sunday lose at home to the under 11 blind school from down the road. 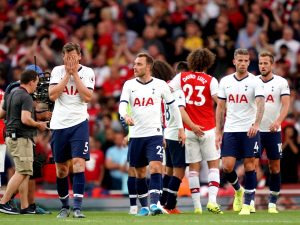 Of course that is done now, the start has happened.  Those four games are in the books and for me therefore it is important we as a team start again from here.  As much as the international break at the start of the season this year I feel it could be a blessing in disguise.  A few more minutes under the belt for a number of players and also some extra training for those coming back from injury back at Hotspur Way.

This international break also just so happened to herald the closure of the European transfer window which means for now, all players in the squad are our players and we can just focus on the football.  As a group of players under the manager they can move forward and now is 100% the time to do it.

We host Crystal Palace this coming weekend and its a great opportunity to kick on.  They are a good Premier League team don’t get me wrong but for us we need to win these home games.  The opening four games as I said are now done, however from here we can build our season. 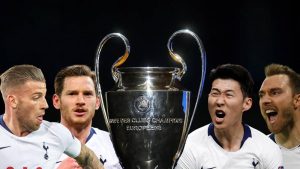 The Champions League is also back and I believe that competition possibly above all others focuses the players minds.  That is the big one, the big stage, the dance, the ticket, the show… you get the picture.  Our first game is away at Olympiacos on Wednesday 18th September.  Another opportunity to get a good start.