I realise I am opening myself up for abuse by admitting this but I was so sure we were going to get destroyed by Liverpool that if someone had offered me a 2-0 defeat before kick off I would have taken it as it was not the five or six goal mauling I was expecting.  When the team news was announced I possibly would have taken 3-0.

That is a horrible feeling.  A feeling of knowing the team you are playing are so superior that you do not even think about a win there now and that is the reality of how far we have fallen in the past two seasons.  Yes, I am saying last two – domestically our performances last season and this have been below our standard and falling to “Pre Poch” levels.

Pundits and journalists everywhere seemed keen to point this out so I am sure no one has missed it but prior to this one, as it is ongoing, Tottenham have finished above Liverpool in eight out of the 10 previous seasons.  Yet last season we finished 26 points behind them and this season the gap is already 16 points!  Of course we also lost in the Champions League final to them, just in case anyone had forgotten that. 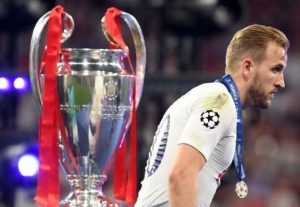 I know from reading comments on our Facebook page that it seems the majority of fans are now convinced Pochettino is not magic and in fact want him replaced.  Whereas at the start of the season my opinion of backing him was widely accepted now I feel like I have to fight for people to see my point of view.

So here I go.  Why Pochettino should not be the man fired over our current position is, in my opinion, due to the fact he is dealing with a situation not of his design or making – in fact he publicly on a number of occasions warned of this very situation if the club did not act in a different way when it came to transfer dealings and contracts etc.

So, for me, the blame lies 100% with the owners and Daniel Levy for this.  However is it all of their making or are circumstances also working against us?  We have funded and built over the past decade a world leading training facility, top rehab and accommodation facilities also at Hotspur Way and of course the small matter of re-developing White Hart Lane into a truly fantastic modern stadium. 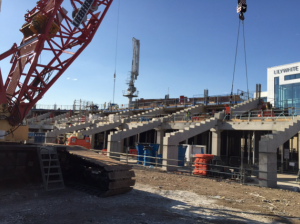 Daniel Levy had a cunning plan you see.  Learning from what happened at Arsenal he found a way to avoid the day to day operational budget of the football club being destroyed by the expense of the new stadium.  It was a great plan, a cunning plan, a smart and … well it didn’t work.  Sadly.  On paper, all joking aside it was a great idea however the problems in construction and over runs meant the club were in a very precarious financial position until the keys to the new ground were handed over to them.

As such the club were not in a position to spend £100m-£150m in a transfer window.  That does not mean money was not available, it was however the manager is very clear – we need to buy to improve or there is no sense in spending the money.  Although we as fans may look at some affordable players and say; “Get them in…” at the end of the day its down to Poch and his decision is what matters.

So we ended up going consecutive windows signing no one.  When you have a good settled side there is an argument to say you do not need to sign people and that argument is valid in as much as like what Poch says; “…if you cannot improve the team then do not spend for spending’s sake.” however what we have seen happen is an implosion. 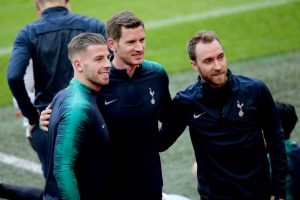 Three key first team players have all failed to sign new contracts (reasons for each well covered in other blogs and press articles, wont bore you with that again here) and in doing so has created an issue Daniel Levy has never faced before.  For that matter, nor as Pochettino.

When playing at their best the three men pictured above are still top level Champions League players.  However it does not appear this season they are at their best, in fact they are not even close to average right now.  It is clear to anyone and everyone they are going through the motions to get to January and agree lucrative pre-contract agreements with European clubs.  Rumours that both Jan and Toby are already in talks about joining teams in Italy and of course we know Real Madrid are planning to make an offer to Christian in January as per his wishes.

We may try and do deals with these clubs who want them for a nominal transfer fee so they can have them in January instead of waiting, however the players themselves and their representatives would also have to agree to that – when they know waiting earns them a lot more.

This is a very painful lesson for all involved but it is a lesson.  Daniel Levy I hope has learned that he cannot use his brinkmanship tactics anymore as people have seen it, learned and now ignore it.  Players hold all the cards!  Pochettino I hope has learned that players, although maybe friends, are also staff working for him as their manager.  They will do what is in their best interest and he cannot trust in them again like he kept saying last season about Eriksen;  “We trust him…”  Well that trust that he would either sign a new deal or leave that summer did not happen. 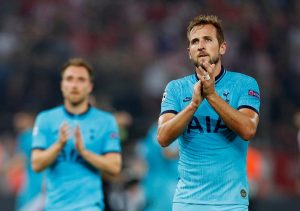 So let me bring this back around full circle.  Liverpool.  A team we were once rivals with are now miles ahead and the reality is they continually recruited, recruited well and have now built a team and squad that is not only currently the best team in Europe but looking likely to wrestle the Premier League title from Manchester City.

They have invested, the owners have backed the manager and they have also spent on infrastructure expanding Anfield with more plans in place to keep the ground growing.  Of course that is not the same as having to build a ground from scratch by any means but it still shows that when done right spending can improve your team and fortunes.

Daniel Levy has always talked about how he is a custodian of our club.  In everything he does its long term thinking with that long term plan always being sustained presence at the top table of football domestically and in Europe.  He is also haunted by what he saw happen at Leeds United.  Yes spending like Liverpool and reaching the heights is fantastic.  It shows your gamble paid off and you were right.  However a key word in that is gamble.  As when a gamble does not pay off and you fall short; Leeds United comes to mind.

They had a squad and first team to die for and then suddenly it all collapsed from within.  The club over stretched to sign and pay players top money to ensure success and when the trophies didn’t arrive they faced bankruptcy.  They were relegated from the top flight and have not returned.

So how do we move forward from here?  I am no expert either as a football chairman or a manager.  I trust in both of these men to learn from their mistakes and take the club forward from here.  If pushed for my opinion I would say I would address it by dropping Toby, Jan and Christian to the U23’s today.  Their performances are so below par and they are wanting to leave its no longer good for the group.  I would play Ben Davies and KWP as our full backs every game they are fit to play until January and I would spend our money on securing two new full backs selling Rose and Aurier in the same window.

I would work hard to sell the contract rebel trio and also Wanyama.  No need to replace him, Skipp is in the squad and he will simply get more minutes.  Finding a left footed, left sided central defender would be a priority to add to the team however I would be willing to take the hit of waiting to the summer if it meant clearing the want-away deadwood early.

This is going to be a painful season.  I want our chairman and our manager however to take control of the situation.  Don’t let it be painful because we have a team full of players who do not care – we have all seen that in the past – let us accept we need a couple of windows to fix this and blood some youth players in addition to working in this January window for a change.

Then and only then can we get ourselves back to the level we were and compete at the top again.  In my humble opinion anyway!