I have been accused on a number of occasions to be blind to any faults our manager Mauricio Pochettino may have.  He is a manager who for me restored my love for the team when I was feeling completely disconnected and has developed a great team who have challenged on a consistent level for the past few years.  However right now we are in a terrible situation.  Do I think he should be fired, no.  I want us to keep the faith and allow him to build again.  The stadium being built caused a massive hiccup and delay; accepting that let’s give him a chance.

NOW, with all of that said I am about to be critical of the manager in the one area that I am truly baffled by his approach and that is the way he has treated young players coming through the academy at the club. 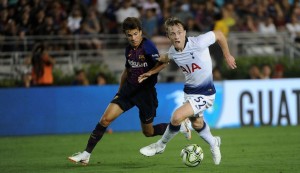 When arriving at the club the one thing every Spurs fan or football fan knew about Pochettino is he liked to promote from within and work with younger players.  However the evidence at Tottenham simply does not support this and in fact I would argue his style of management is in fact holding back / stalling the development of our academy players.

When Harry Kane broke into the team with his academy colleagues Townsend, Mason, Bentaleb and Carroll many in the academy were delighted and then the success of these players seemed to provide everyone at every level a clear path to the first team.  It was exciting and seemed to prove Pochettino is brilliant for youth players.

However let us be clear; the players all mentioned above were at the club and far along their development track when Pochettino arrived.  Most had already seen minutes in the first team and all had gone out on loan to build experience at other clubs something which each have said in various interviews aided them in their development.

However since Pochettino has been in charge there has been a change in club policy when it comes to the most talented youngsters and a policy justified by the manager as him wanting to keep them close, coach them himself and prevent them from developing bad habits.  However so far only Harry Winks can really be classed as a success from that policy with many other players with talent and ability falling by the way side.

An obvious examples for me of this policy failing our players is Josh Onomah and Kyle Walker-Peters. 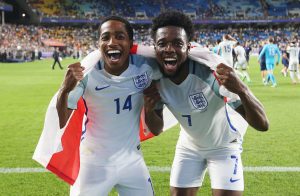 The two youngsters were key in England’s U20 World Cup win and much was expected of them at Spurs and yet Josh is now plying his trade in the Championship with Fulham and KWP is struggling to get any minutes of football at all with the exit door clearly being marked by the lack of faith shown in him from the Argentine.

In isolation you may say a player clearly has not shown enough however the issue is young players need to play football and my worry is we have some very talented players like the two above that could go the same way and see their careers stalled.

Oliver Skipp is one of the most exciting young players I have seen come through our academy; he has everything a midfielder should and the engine to go box to box for 120 minutes let alone 90.  Yet he never plays.  He is involved in first team training, sometimes he might make the bench but mostly he sits out and never plays.  He should get minutes for the U23’s at least but he does not and as I have said above, young players must play!

Skipp is not alone.  From the same academy class we also have a very talented central defender in Japhet Tanganga who in the summer showed his ability for the first team and has since been involved in that squad, once again not getting playing time in the academy.

Like others in the first team squad but not as high on the sporting press’ radar Japhet’s current contract is also expiring next summer and this January he has the opportunity to discuss terms with teams abroad.  The club have made him a contract offer which as yet remains unsigned but if you were him looking at what has happened with KWP would you not think twice about remaining?

I know some may be reading this and of course note that some players have gone out on loan however of those who have left the club to get football elsewhere how many has Poch then brought back into the team?  How many have even had a chance? 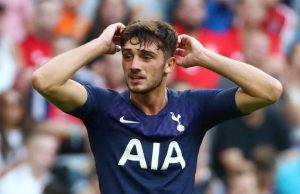 Of course there is one player in our academy that everyone knows and is desperate to succeed in the first team and that is Irish striker Troy Parrott.  Probably the highest profile academy prospect we have and like many others before him is currently finding himself in the Pochettino no games twilight zone of being involved in the first team squad but not playing at any level (UEFA Youth League aside).

This is just my opinion however I do believe the manager needs to look at his approach when it comes to these players.  Kane is a success not just because Pochettino gave him a chance but because he had loans, he had playing time and minutes at every level before getting that chance.  We need to see this again or else we risk wasting more and more talent.