Since the sacking of Mauricio Pochettino and the appointment of Jose Mourinho I have been struggling.  The joy and the attachment I felt to this squad, manager and club is being eroded away by apathetic performances and a manager I think of as a mercenary more than a man of my club.

Please do not miss understand me; I am not blaming Jose for this feeling, it was setting in before he joined and has continued.  I do not blame Pochettino either.  I am holding our owners and Daniel Levy entirely to blame. 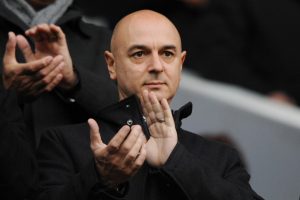 For years when talking with fellow fans on our Facebook page or when writing blogs for this website… or when talking on our podcast (try our podcast, its like reading a blog but with your ears not your eyes) I have made it clear I am not “pro Levy” or “Levy out” … I am someone who believes he does some good things and at the same time does some things which has me scratching my head.

One of the things I have said for some time though which I know has angered many is that the stadium is his focus and it needs to be.  I know many people have said we should have spent all that money on the squad and still be playing at White Hart Lane – we would have won the league – well maybe we would have however something to keep in mind is even with £300m available to spend on transfers not a stadium we would have run into the FIFA Fair Play rules issue around our wages, or simply not been able to sign anyone who is any good as we could only afford to pay £2.50 + a discount weekend in Pointins as a bonus.

The stadium had to be built.  There really should be no debate on this.  We had to increase our club revenue to enable us to pay the wages needed of a Champions League team.  Players like Kane on near £300,000 a week now and others on £200,000 like Ndombele etc was unthinkable just two seasons ago.  The notion of us paying over £100,000 a week three season ago was comical to the point when we were linked with a top player we all knew it would not happen.

Even agents in Europe said that if Tottenham were in for their client they would wait on other teams as they knew other clubs would pay more in wages so why commit early to Spurs.  It was a painful fact but now, the stadium is built and our club revenue is lifted to a point we can have a wage bracket which makes us competitive.  It means we can sign top players and retain our best. 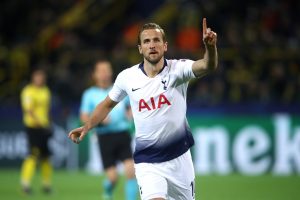 The stadium is built now.  The club have published its finances and also made public on several occasions how the stadium loans are financed and how there is no impact on the footballing budgets of the club.  This is a big thing and is key to my whole point in this blog.  Taking the club at its word, keeping in mind to false report publicly would not only be seen as very wrong as a company it could also carry criminal charges for Daniel Levy and alike, the money made from Champions League, increased gates and revenues etc are all available in the footballing budget.

Tottenham therefore have circa £100m surplus currently sitting in that budget.  Granted I do not know the ins and outs of transfer deals in terms of when instalments are due however I do know from reading the published accounts for years (yes I am that sad) Daniel Levy does do something with transfers which is always quite smart.

If we sell a player for, round figures here, £25m we will insist on instalments over three years.  The club buying him therefore will make monthly or more likely quarterly payments to us.  If we then sign a player in that window for £35m we will typically negotiate instalments over the contract length, normally four, five or six years.  What that means is the money coming in matches or often exceeds that going out even though we have “spent more” in the fee.  This type of deal is common in our books and you can see that the club often also pay up the instalments from player sales like one or two from the academy, do not add up to huge sums and wont be players sold that are hugely missed but that income generated by selling these young players on a regular basis has more than balanced our books.

These financial tactics means that we more often than not have a very healthy transfer budget so, why is it with the stadium, a clear financial surplus etc we are failing so badly?  I have come to the clear conclusion its Daniel Levy. 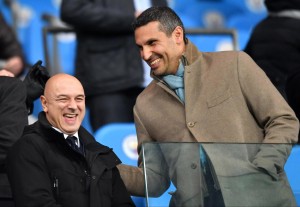 Many reading this might say DUH! at this point but for all the reasons stated above I have always been, in my opinion, very balanced when appraising our chairman.  However right now its clear to even Stevie Wonder the squad is a mess and the reason for this is because for two seasons or possibly three our squad planning around retention and recruitment has been shocking.

Its an old saying but in football its so true; if you stand still you are going backwards and that is the reality for Tottenham.  Teams we were beating easily have all improved and now we are struggling.  Teams we were competing with have now moved to a level so far above us that we are ‘pleased’ to only lose 1-0 at home to them as we were expecting a hammering.

In the build up to the Liverpool game the admin on Spurs social media posted the goals from our 4-1 win over them at Wembley but instead of me enjoying seeing that again it really drove home for me the differences between the two clubs in terms of transfers.  They identified after that game they had to sign a new central defender, a midfielder and the manager wanted a goalkeeper who could play the way he wanted.

The Liverpool board spent big on three players, made some other smaller squad adjustments and they won the Champions league last season and are currently on course to crush all before them in the Premier League this season.  Making the right signings at the right time is huge.

We on the other hand didn’t sign anyone for several windows and then let a player like Mousa Dembele leave without replacing him.  Let a player like Eriksen run down his contract to the point that his final year in our shirt has been shocking as he simply does not care.  We have had chances to recruit well and missed them.

Finally in the summer just gone we did spend and we did recruit well, although I know our form overall makes that hard to see right now.  If only we had recruited that well two seasons ago when that was all we needed.

So in total, best case that is £150m on four players and worst case £190m on those same four players.  Any Spurs fan reading this has zoned out as they know that will never happen but here is the killer thing that is the reason why I am feeling so disconnected… why is that not a thing that can happen? 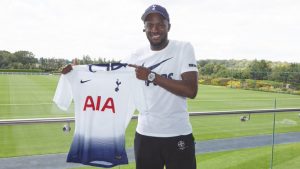 We have the budget to do that business, we really do and yet we wont.  I guess being super pessimistic here, if you sign those players at that money and they do not work out or the team still does not perform then you are in a potentially rocky financial position but guess what… sell Harry Kane for £250m and we are good again.  Obviously I would NEVER want to see him but my point is more around risk and reward.  You cannot sit back and always play the safe financial options in sport, you have to go for it just like you cannot just knock the ball around side to side, eventually you have to have the guts and the ambition to play it forward and our chairman has to show those same guts with money.  He needs to spend.

The club’s moto is after all; To Dare Is To Do …. not We Don’t dare and therefore never do!

Just an addition here.  I do not think we will sign those four top players.  I am expecting moves for a young right back from the championship, an 18 month loan for a midfielder who doesn’t speak English and is not a defensive midfielder and a deadline day striker purchase for circa £15-20m for a player like Danny Ings.