For many years as Spurs fans the summer transfer window was a horrid time where our best player(s) every week appeared to be linked more and more strongly with a move away however under Pochettino that seems to be a thing of the past with players on a regular basis signing new deals talking openly and publicly about their ambitions WITH Spurs and their team mates.  The group of players seem to have a genuine bond that is key to keeping the group together. 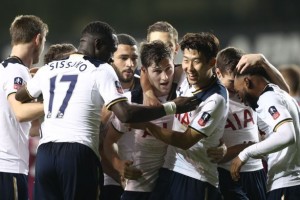 With all of the positives however heading into the new transfer window there is one lingering negative which is tough to shake and that is the recent inability for Spurs to recruit more than one player per window who can meet expectations in the Premier League.

In recent years for every Toby Alderweireld or Victor Wanyama deal there has been a Fazio and Sissoko.  Spurs have now fully replaced their scouting and recruitment team twice since Pochettino took charge and this upcoming window is the first one with the new team in place.  Should this be a time for optimism?

The press are often very scatter gunned in their transfer rumours, taking one and one and then making fourty four! However in amongst the click bait and the pure speculation there is sometimes (getting rarer and rarer nowadays) some decent journalism with sources.  Using only these the players we seem to have a genuine interest in signing this summer are Ross Barkley from Everton, Andre Gray from Burnley and Wilfred Zaha of Crystal Palace. 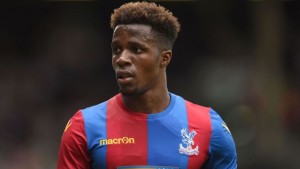 Looking at those players and the positions that they play the press speculate that leaving us this summer will be Sissoko, Janssen and N’Koudou.  None of the three have established themselves as first team players or even as reliable squad options from the bench so the before mentioned experienced Premier League players would likely be an improvement to our squad depth and options.

The final strong rumour is that we are searching for a new central defender which would spell the end of Kevin Wimmer’s time in North London.  The Austrian central defender had an excellent first season as a deputy to the injured Jan Vertonghen but this term has struggled to replicate that form following a pre-season injury preventing him from hitting the fitness levels demanded by Pochettino for his squad. 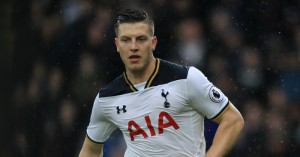 This season has seen Spurs change formation to playing with three central defenders and as such many have speculated would Spurs look to sign a defender more used to playing in that system however just purely as my opinion, should Pochettino decide to replace Wimmer I believe Spurs could look to sign Fulhams exciting young left back Ryan Sessegnon.

With Danny Rose our established first choice and Ben Davies our good back up recently signing a new deal it may seem an odd choice however Davies plays as part of a three man central defense for his country so has the versatility to cover that and as a traditional left back in a back four formation, however as a wing back the Welsh international has struggled.

Sessegnon excels in the role as an extra attacking weapon and has played a full season in the Championship at just 16 years old.  As a young English player I cannot think of a manager I would rather play for over Pochettino and as a young talented full back, looking at the developments in Shaw and Rose, Pochettino again would be the perfect coach.

Obviously transfer rumours and thoughts are greatly opinion based so please be sure to share your thoughts on this piece and also on who and why you would make signings this summer if you were in charge.