I was reading through various Tottenham related press stories this morning and I came across one talking about Harry Kane.  I have to be honest at this point, Mr Kane is not my favourite person however that is a personal thing but the story irked me on his behalf because once again it was a former professional player discussing how he is not world class because he has not yet lifted a trophy in his career.

Is it just me or does anyone else find this logic confusing?  On this occasion it is Ian Wright saying it, who I respect greatly, but I just cannot agree with this bizarre take and Mr Wright is in now way alone.  This is a running theme in the sport of football where a person cannot be considered great unless he wins something…. as a team.  Yeah, it is a team game and we are talking about an individual as part of that team.  So how can you judge the person based on a team performance?  This is where I am lost and feel there is no logic and yet it is the narrative that is pushed by everyone. 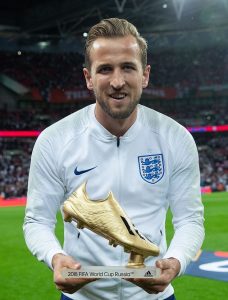 Harry Kane won the golden boot at the World Cup in 2018.  That means of all the strikers for the nations at the World Cup finals in 2018 he was the best.  He scored the most.  However that does not mean he is better than say Jamie Vardy because he has lifted a Premier League trophy with Leicester once (appreciate he has also won an FA cup since then however my point stands). 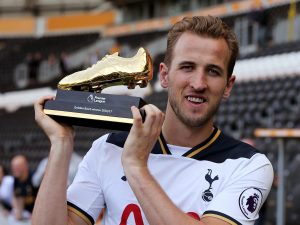 Harry has also won the golden boot in the Premier League three times, with the last time in the 2020/21 season where he not only finished the season with the most league goals but also the most league assists too.  A staggering achievement in arguably the toughest league in the world.  However he is not world class… in fact Gabriel Jesus of Man City is better because he won trophies that season.  Really!?

I am in no way trying to belittle the team achievement in winning trophies, it is the aim of all teams as it should be and is a great achievement for any team / squad but this is my point.  It is a group effort in securing a trophy, yes you can sometimes point to talisman who helped along the way or lead the way but ultimately no one person can win a team trophy alone.

Players who are in a team winning trophies are better than players in a team not winning them… explains why Man City purchased Jack Grealish for £100m and also tried to sign Kane this summer doesn’t it.  However despite this the narrative continues.

To give you an example of why I feel this is absurd lets talk about the English defender who in his career won two Champions League titles, seven Premier League titles, three League cups and two FA Cups.  Based on the narrative of team trophies this defender is world class right?  I am discussing the career trophy haul of former Manchester Utd defender Wes Brown.

Now this is not meant to be a dig at Mr Brown in anyway, he had his career but does anyone think he wins any of that unless he comes through and is part of the Manchester Utd squad which dominated football for best part of a decade or more?  When you think of the worlds best defenders… Maldini, Puyol, Beckenbauer, Bobby Moore, Thuram…. Wes Brown.   Someone in that list does not belong and yet his trophy haul is comparable or even better than other names listed.

Harry Kane is a world class football player and no amount of trophies won to date or in the future will change that reality.