Let me start by saying I hope everyone reading this is keeping well during these upside down times and I am fully and painfully aware how football is not the be all and end all.  This blog is written with distraction and normality (not sure I remember what that is) in mind.  I hope you enjoy / find it interesting. 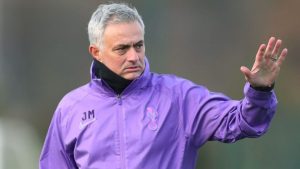 This summer transfer window was always going to be a big one for the club due to the change in manager.  Jose Mourinho has a very different approach than Mauricio Pochettino and we have already seen a small demonstration of that in the fact the club has re-signed Toby Alderweireld to a new contract.  The reasons that player has stayed are many but a key factor is Jose and the fact he has a different style of play, one which suits an older defender.

Recruitment therefore, it stands to reason, could look very different but of course that excitement has been completely halted due to off the field global circumstances.  Focusing purely on football for the purpose of this blog the financial impact on clubs is said to be huge and Chairman Daniel Levy has said on multiple occasions now this is the toughest period / challenge he has faced since ENIC purchased the club.

Taking him at his word it would appear the club simply will not have funds available to make signings like we did last summer.  Tanguy Ndomble, Giovani Lo Celso, Steve Bergwijn, Ryan Sessegnon and the loan for Gedson Fernandes …. I feel like I am forgetting someone…. whoever it is … oops… anyway those players are all in the club and have bedded in now.  They will be able to contribute a lot more effectively next season.  Whenever that is played.

The club, based on the accounts, always has a ring fenced £25m for transfers every summer.  How that is spent this summer however will be interesting as despite that being a massive sum of money in football over the years it doesnt even buy you a Sissoko…. but also you have to remember that pot put aside is not just a transfer fee – that is the whole sum the club has this summer to cover it all.  Signing fee, agent fee, associated costs and the transfer fee.  What that will buy you in this market who knows…. however I think this kind of market could perversely really suit our chairman. 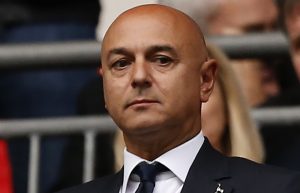 Our chairman, for all his faults…. many faults, is an excellent negotiator and seems to actually really enjoy the ‘wheeling and dealing’ aspect of transfers.  This really does suggest this summer could be his time to shine.  If we, one of the riches clubs in the country are struggling for cash flow (keep in mind Manchester United, Manchester City, Arsenal and Liverpool have all said similar) then it suggest the mid table Premier League teams, bottom clubs and Championship sides and teams across Europe are also in the same boat if not worse.

An example of the sort of ‘deals’ I am talking about is with Southampton.  It is rumoured to the point of near fact that Tottenham really want to sign the Saints midfielder Pierre-Emile Højbjerg.  In fact the club did make an approach in January but were told no one would be leaving the club in that window however this coming summer the player will enter the final year of his contract and has now said publicly he would like to leave and play at a higher level so will not be signing a new deal.  Similar circumstances to those that saw us sign Victor Wanyama from the South Coast club for just £11m a few years ago.

Højbjerg is likely to cost more than that though and this is where the “deal making” comes into it as Southampton do want to sign a Spurs player, currently on loan with them Kyle Walker-Peters.  Although he has not played many games for them he has shown enough in training that they are impressed and want to make his move permanent.  A deal is there to be done for all parties.

As I said, that is just an example of what this transfer window I think will look like.  Lots of ‘horse trading’ so to speak and perhaps some season long loan deals with commitments to buy next summer when clubs will, if all gets back to normal, have funds to do just that.

There is however one BIG X-factor hanging over this summer window in terms of liquidity for clubs and their transfers and that is the potential takeover of Newcastle United. 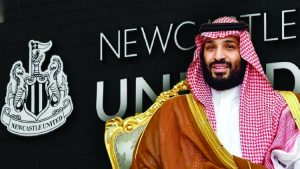 If this takeover completes the new owners of Newcastle will be the richest owners in the Premier League.  I believe one figure estimates the fortune of the owners to be over £300bn and to put that in context Manchester City are owned by a consortium with a fortune of £23bn.  Just a bit of a difference.  Now I know many will think it doesnt matter due to FFP rules … but …. its is worth noting these rules have been relaxed to allow clubs who are struggling due to COVID-19 to not be punished and with those rules relaxed it could be the perfect time to arrive and inject funds into a club.  Also worth noting a breach of investment rules once gets you a “slap on the wrist” fine of £25m; not something these owners would worry about.

However it is realistic based on Newcastle accounts that they could invest £250m into the team right now, based on relaxed FFP rules, without punishment and in this market that could be more than enough to sign some players that will make a major difference to their club AND it would also open up funds for many other clubs who sell to them, thus enabling them to buy.  Much like a row of dominoes here, Newcastle could very much be the one that knocks over that first one and the market bursts into life.

This is all of course wild speculation but worth keeping an eye on as the weeks go by and we get closer to transfers being allowed ahead of the 2020/21 season.  Of course when that window will be and when next season will start is all some way off in the decision making as bosses still struggle with how they will end the current 2019/20 domestic season here.